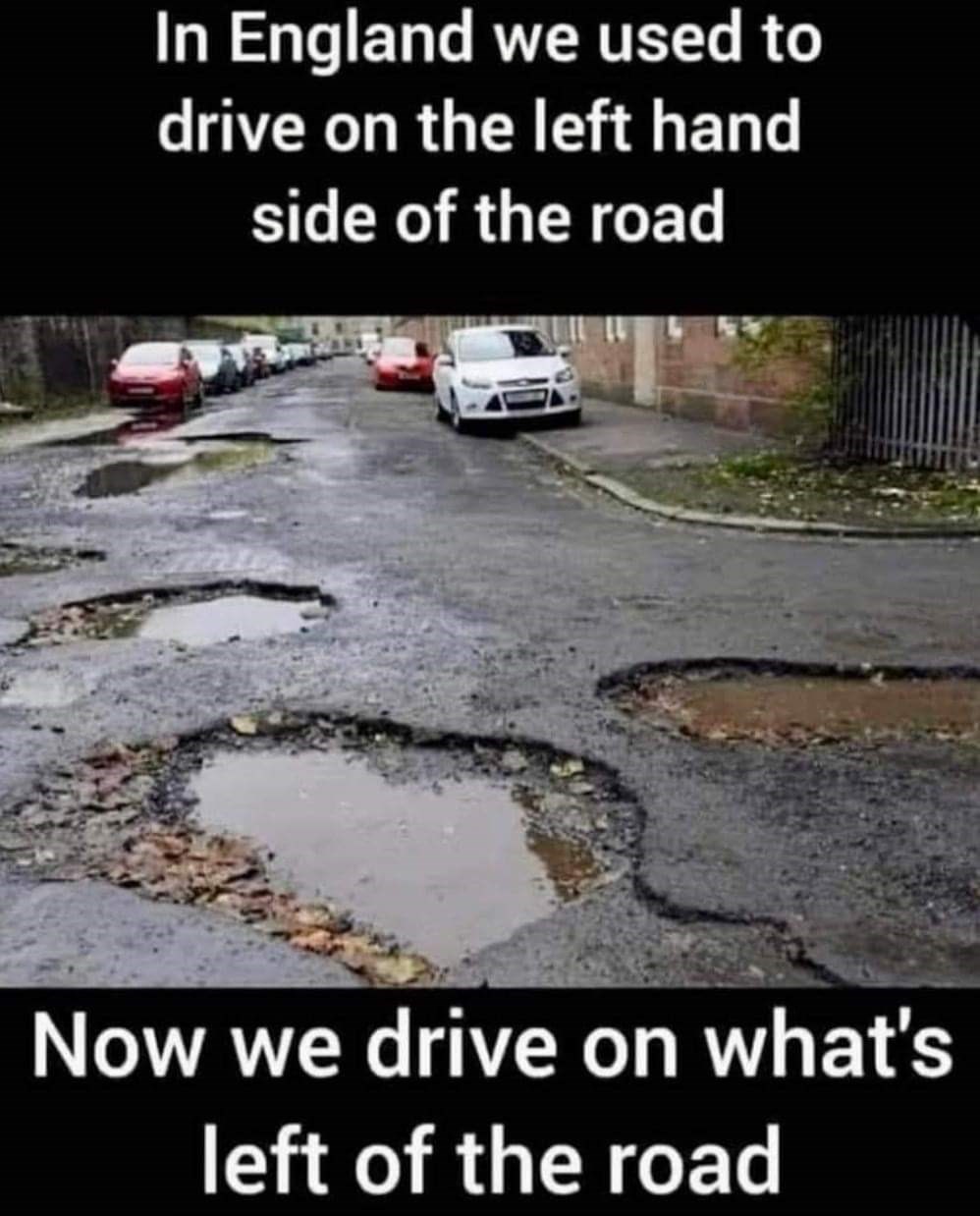 One third of all motorists find driving the most stressful part of the day thanks to the dangerous road surfaces, according to a survey published in Autocar recently (17-7-2020). The survey, commissioned by road material manufacturer Roadmender Asphalt, goes on to say that the RAC had 1766 call outs during the Coronavirus lockdown to damage caused by potholes.

The stress is so intense that 19% of those surveyed said they would support an increase in their Council Tax if it were set aside to improve roads condition. That would mean a massive £2.5 billion of extra funding every year, dwarfing the Government pledge of £0.5 billion per year over five years to rid the country of the scourge of potholes.

Autocar further states that some 2.2 million potholes are already repaired every year at a cost of £120 million which gives an idea of the scale of the problem.

It's not just the stress levels of a large proportion of the population that are damaged as a result of potholes, it hits the nation's wallet too. In a 2017 survey, the AA found that 40% of cars are carrying suspension damage. potholes.co.uk estimates that it costs in the region of £2.8 BILLION every year to fix the damage caused by poor road surfaces, and the claims on councils for poor maintenance are rising.

The evidence is there to be seen - get your car suspension checked and make sure you're not in that 40% with hidden car defects. A professional wheel alignment check at an Absolute Alignment Approved Centre will give you peace of mind and it will always be cheaper to fix damage before it becomes a failure.

This blog is brought to you by Absolute Alignment, leading supplier of wheel alignment equipment to the aftermarket automotive industry.